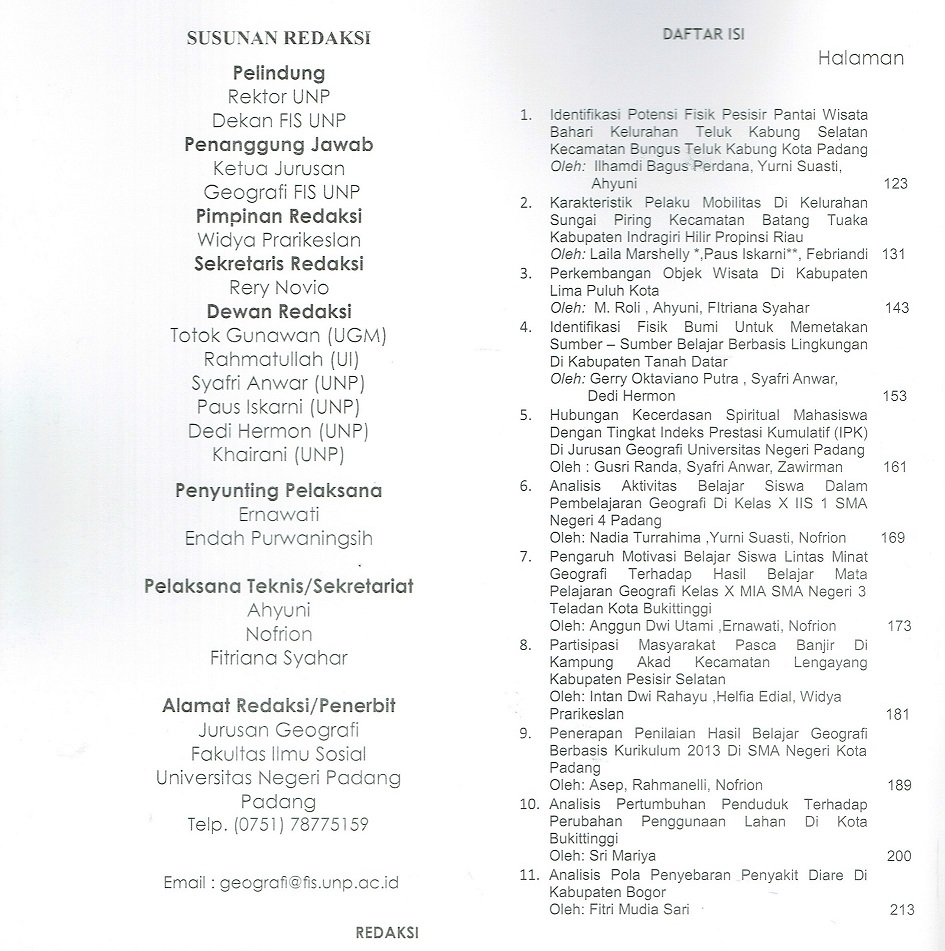 Bukitinggi city is the most populous city in West Sumatra, experiencing an increase in population from year to year, the limitations of urban space that causes pressure on urban space. Such as the occurrence of land conversion for the physical construction of the city, such as: settlement, trade and services, and others. Based on this research, the aim of this study is to obtain information, discuss and analyze (1) population growth of Bukittinggi City in 2000-2010, (2) to identify land use change of Bukitinggi city in 2000-2010, and (3) to identify the characteristics of change Land use due to population growth and how the utilization of Bukitinggi City space.

The type of research used is descriptive research with secondary data analysis method with the support of Geographic Information System (GIS). The data used are population data of Bukittinggi City 10 years (2000-2010), Land Use Map of Bukit Tinggi City (2000 and 2010), and Map of RTRW Kota Bukitinggi 2010 as final analysis.

The results showed that: (1) the population growth of Bukittinggi City in 2000-2010 was 0.02 or 2% which indicated an increase in population. The dominant factor that affects is migration (residents coming). The most populous urban village is Sapiran 12orang / km2 which is the center of TNI and Polri dormitory, while the urban village is Puhun Pintu Kabun with density of 2 person / km2, (2) land use change in settlement, rice field, mixed or moorland, Services. The largest expansion occurred from mixed or cultivated gardens of 1.75 km2. Other changes occurred in the settlement of 0.06 km2 and trade and services 0.14 km2. (3) Characteristics of land use change due to population growth in relation to spatial use dominated by mixed or mooring farms into 6.89% (174.6 ha) settlements, rice fields became 0.25% (6.4 ha) settlements, and rice fields became Mixed garden 0.55% (14 ha). Linkages to the use of space is the study of green space: Park City, Village Pintu Kabun and Bukit Apit there is development of settlements as the development of the area towards the north which needs to be done policy priorities.

Most read articles by the same author(s)